The late Rollin C. Reineck was a war hero, retired Air Force colonel and an original member of the Amelia Earhart Society, whose passion for Earhart research often produced fascinating, informative work.  At other times, Reineck’s penchant for the spectacular and bizarre led him into areas populated by Fred Goerner’s “lunatic fringe,” and these ill-conceived forays have somewhat tainted his reputation among Earhart researchers.

Reineck’s authorship of the dreadful Amelia Earhart Survived (Paragon Agency, 2003), his failed attempt to resurrect the long-discredited Irene Bolam-as-Amelia Earhart myth, was a sad day for the former B-29 navigator and the clueless who signed on to that travesty.

The below letter from Reineck to Ross P. Game reflects Reineck’s better angels, and touches on the theme of our previous post, to wit: the possible location of the grave site of Amelia Earhart, and he adds two additional, more important questions, which will be addressed forthwith.  It also appears to be Reineck’s first contact and introduction to Game. 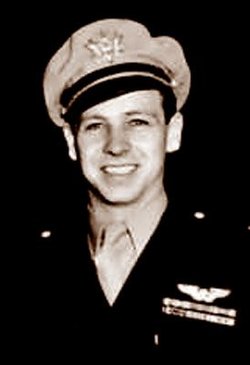 Rollin C. Reineck, circa 1945, served as a B-29 navigator in both the European and Pacific theaters during World War II, earning the Distinguished Flying Cross, Air Medal and Bronze Star. A true patriot in every sense of the word, Reineck passed away in 2007, and left some very controversial writings about the disappearance of Amelia Earhart.

Your letter of 9 October 1998 to Mr. Bob Ross was forwarded to me for information.

I have been studying the Earhart mystery for almost 29 years, and have been a admirer of Fred Goerner for the same period.  His work helped everyone get interested in the Earhart affair.  Hopefully, because of his tremendous research, we’ll solve this mystery same day.

I had corresponded with Mr. Goerner on several occasions and have a large file with his answers and views on all aspects of the Earhart Story.  As a side note, we both graduated from the University of California at Santa Barbara.  Although I was a few classes ahead of him.

I find your anecdote about where the Earhart remains had been placed extremely interesting.  I would have guessed Arlington, just as you did.  l’m glad to know that you did a thorough investigation of that possibility. 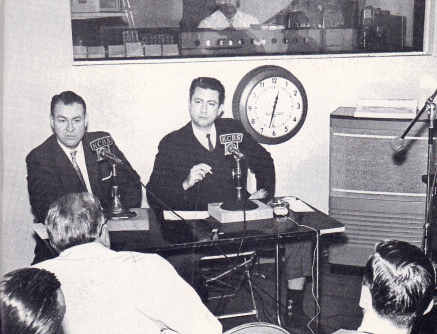 I do have a couple of questions about the Goerner thinking that perhaps you can answer for me:

First, Fred Goerner originally believed that Earhart went down in the Marshalls and was taken captive by the Japanese.  They, in turn, took her to Saipan.  Later in life, he seemed to reject this theory and expressed the view that she went down about 80 miles southeast of Howland.  My question is, what evidence did he have to validate or substantiate that later view?

Second, I have been told that Goerner made a tape just before he died concerning Earhart.  What did he say on the tape?  Where is the tape now and how can I hear the tape?

I would appreciate any assistance you can provide. We’re still actively looking.

P.S.  I am not associated in any way with TIGHAR.

In our next post, we’ll see how Game responded to Reineck’s questions.  Reineck passed away in 2007 at his home in Kailua, Hawaii. 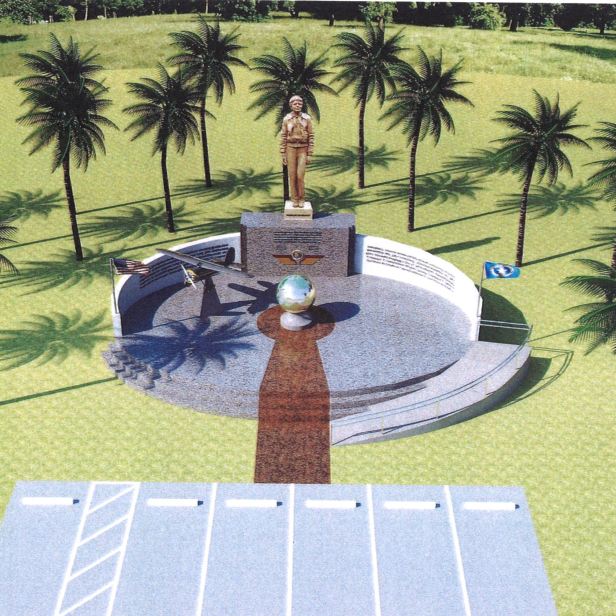 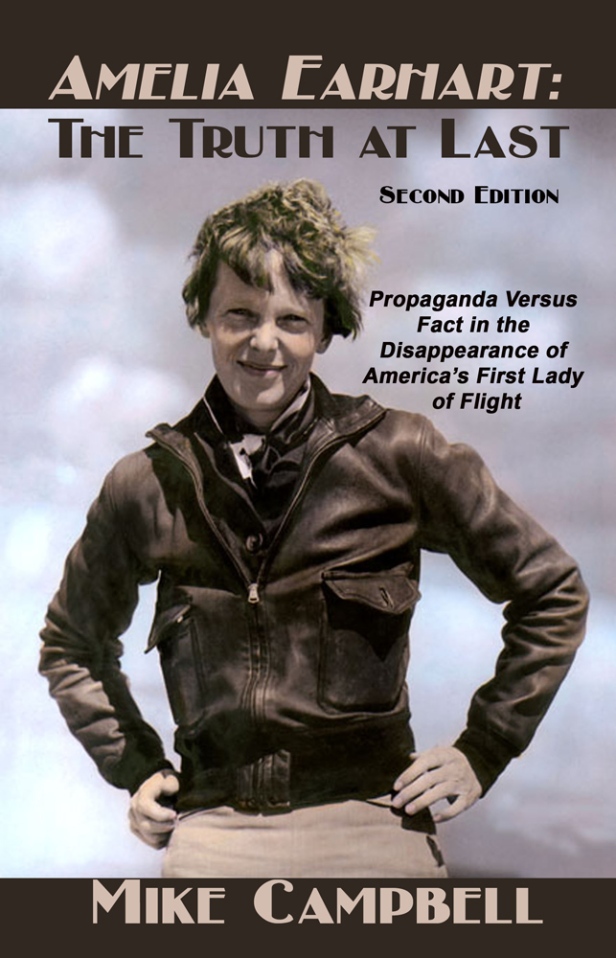 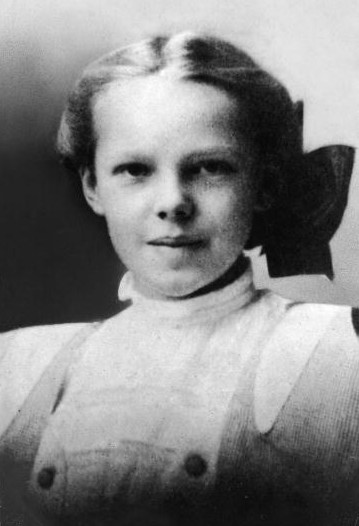 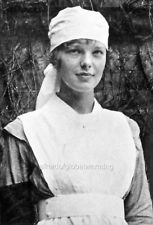 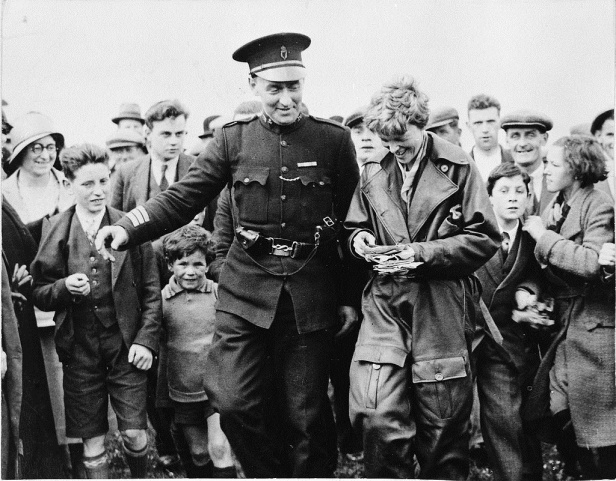 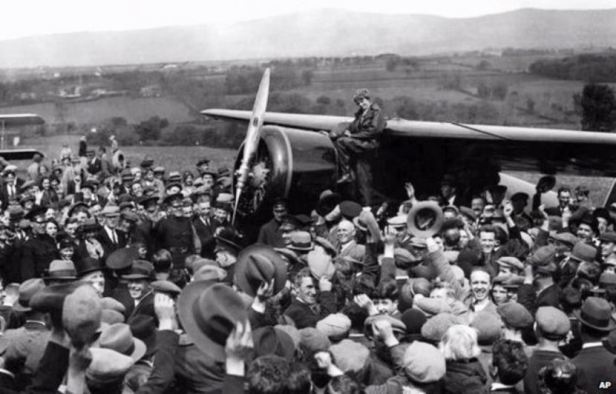 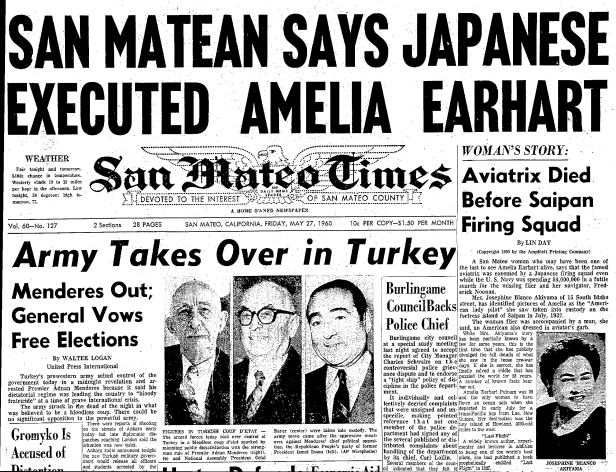 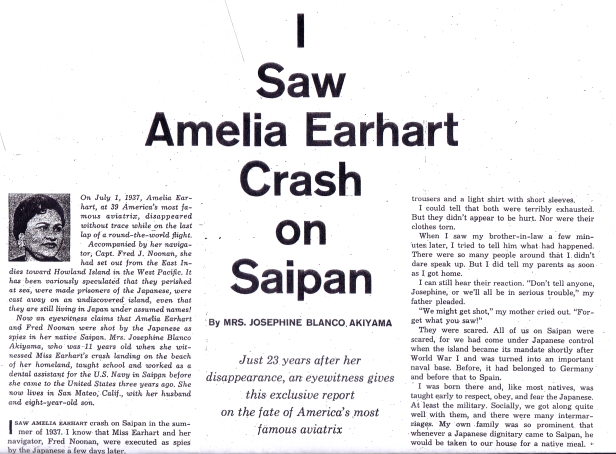 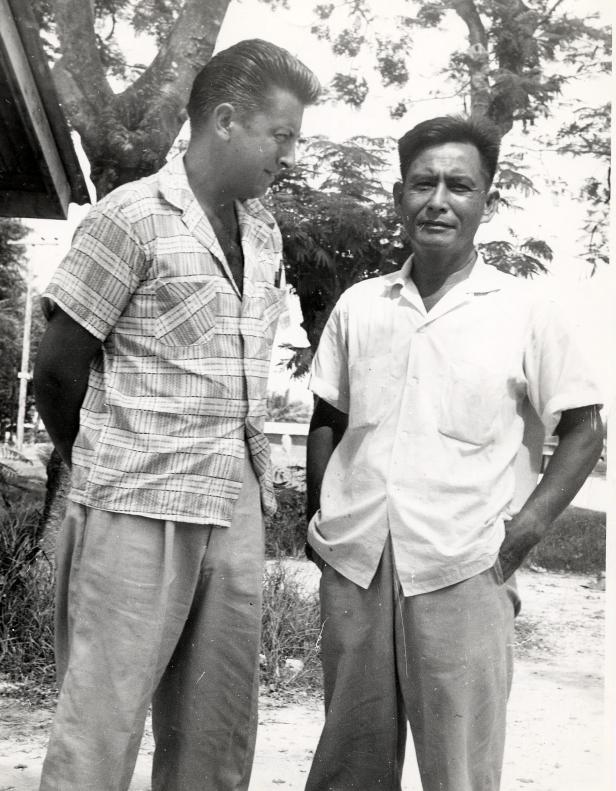 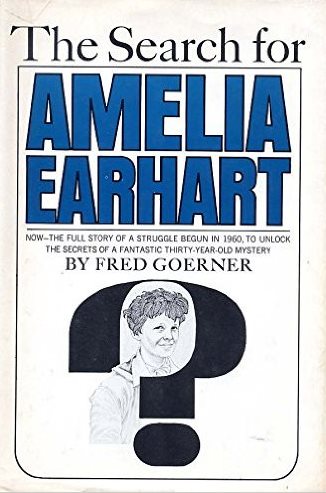 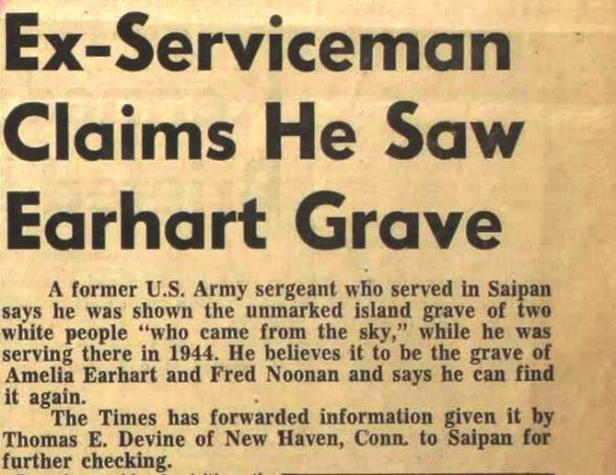 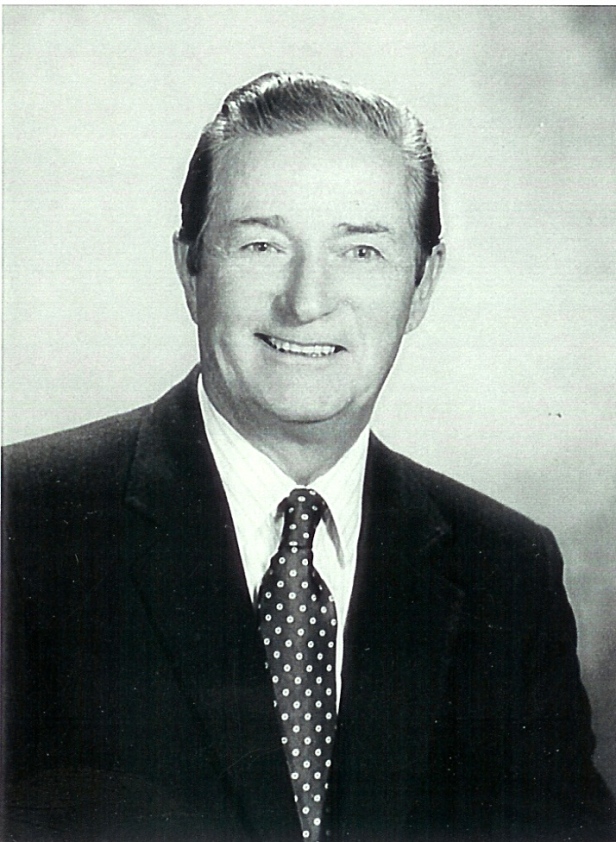 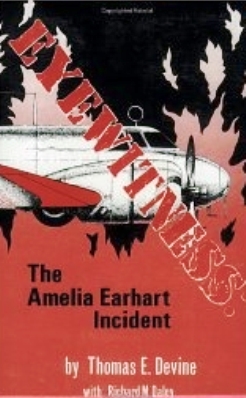 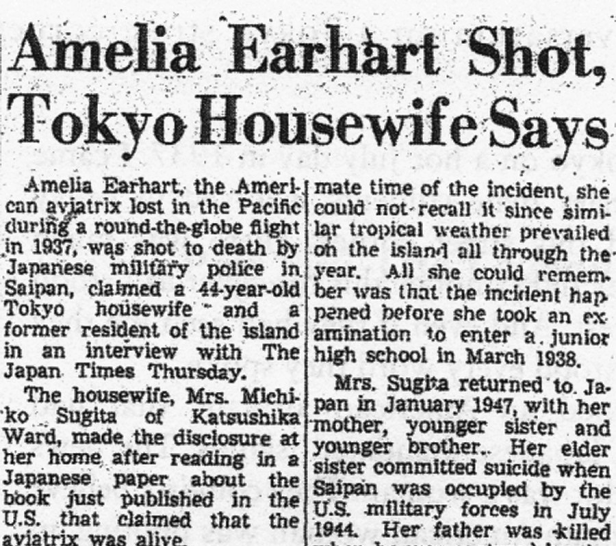 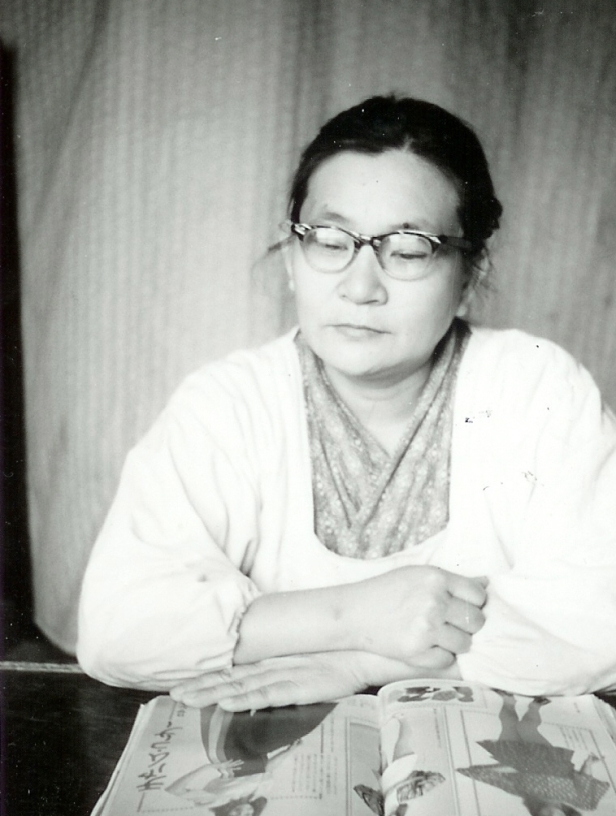 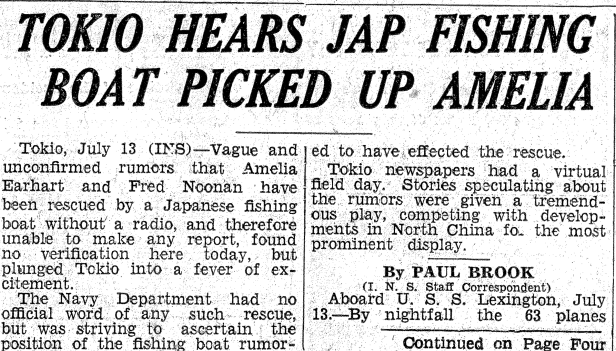 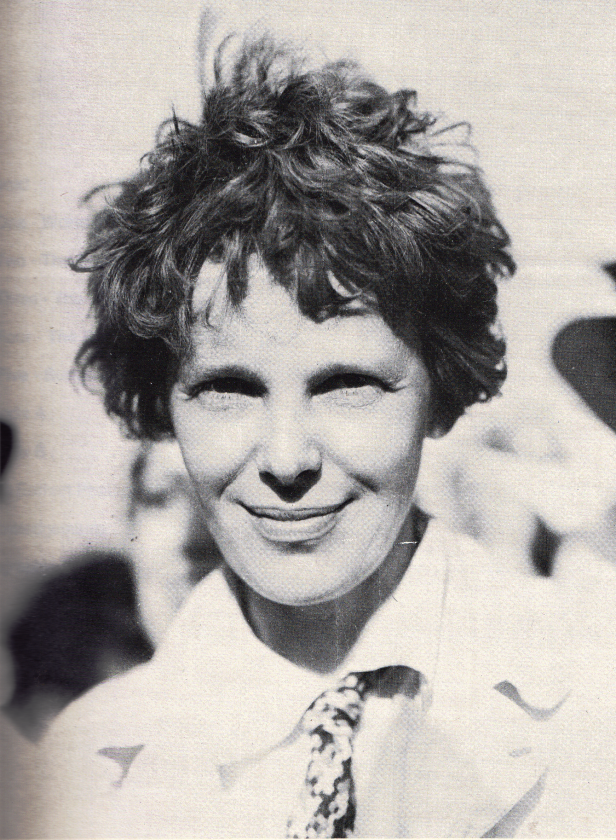 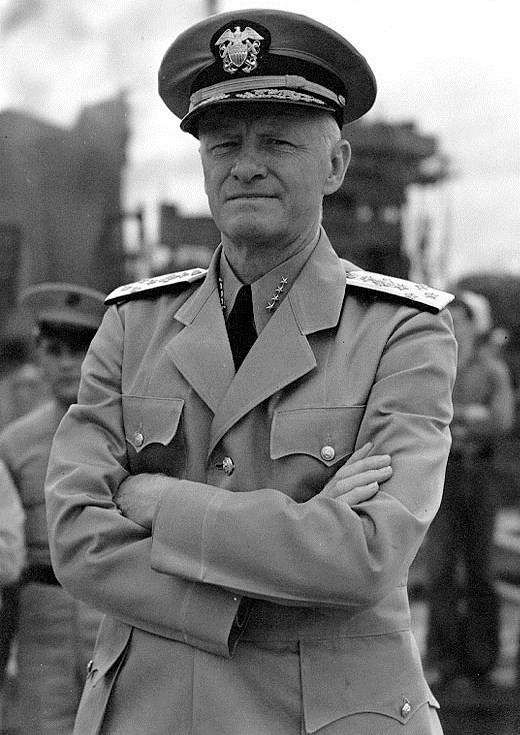 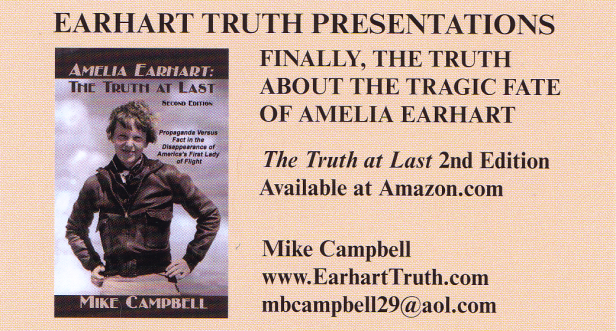